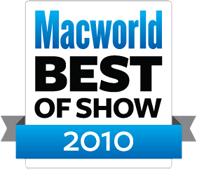 By combining resources, Simulation Curriculum and the SkySafari teams will now be leading the industry into innovative new areas of mobile and desktop astronomy and earth science software development.

The first new product to be released under the combined company will be SkySafari 4, the flagship mobile astronomy app. SkySafari 4 represents a complete overhaul of Southern Stars' award-winning product line for iOS 7, and is available on the iTunes Store now. Plans call for release of SkySafari 4 at an introductory 50% discount through January 20th, 2014.

Simulation Curriculum co-founder and CEO Michael Goodman writes, "SkySafari and Starry Night are the two most well-known and highly regarded astronomy software applications on the market today. This combination of the best products and the brightest talent will allow the company to continue to exceed its customer's expectations while creating new products intended for new consumer and education audiences, the latest platforms and the most popular devices."

SkySafari founder Tim DeBenedictis writes, "SkySafari and Starry Night are the two strongest brands in astronomy software today. Joining our teams and finding common efficiencies will lead both companies to develop new products that neither could have imagined alone."

Simulation Curriculum Corp. develops and markets Astronomy, Geology, Meteorology and Physical Geography simulation software and curriculum for the education market and Astronomy simulation software for enthusiasts, amateur astronomers and for custom use in planetarium domes worldwide. Simulation Curriculum's mission is to revolutionize how students, teachers and the intellectually curious experience, interact, learn and engage with science and technology. Our objective is to be regarded as the leading provider of interactive science software and curriculum.

SkySafari is a world leader in mobile applications for astronomy and has been developing planetarium software since the 90's. In 2009, Southern Stars developed SkyFi, the first wireless iPhone-based solution for telescope control. That product, and the first version of the SkySafari iPhone app, won a MacWorld 2010 Best of Show award. Sky Safari was the first to ship a Made-for-iPad serial cable for iOS devices (SkyWire). To date, SkySafari iPhone apps have been downloaded more than 4 million times, and have earned five-star reviews on the app store and by independent reviewers.